Luna Lake: The Next Century

In what some are calling the single-largest, Ypsilanti-based, community-service project since the Public Works Administration built the old Ypsilanti cyclotron in 1936 (which was later torn down in 1981 and replaced with Bowen Field House at Eastern Michigan University), the project, code-named Luna Lake Restoration Project, is in the books. 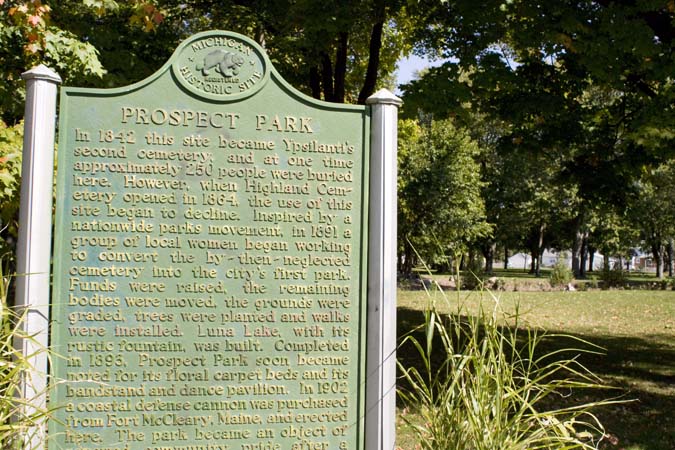 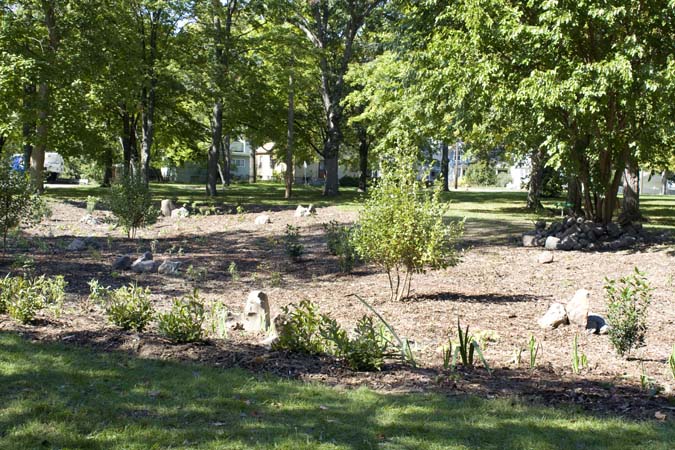 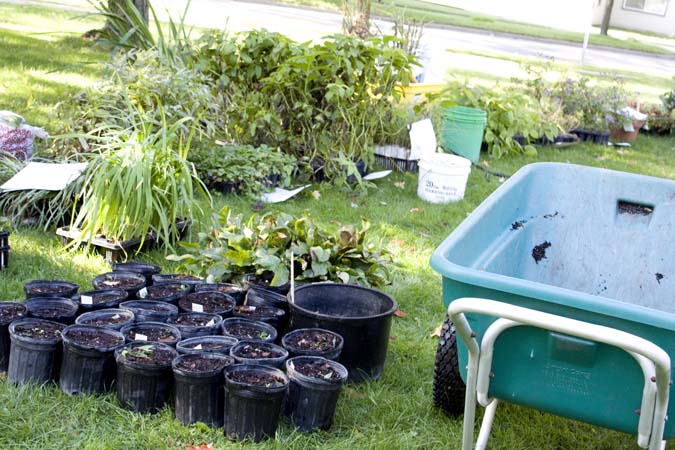 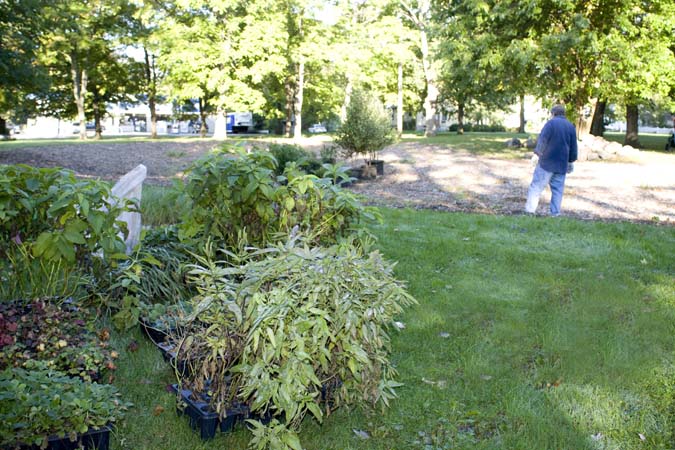 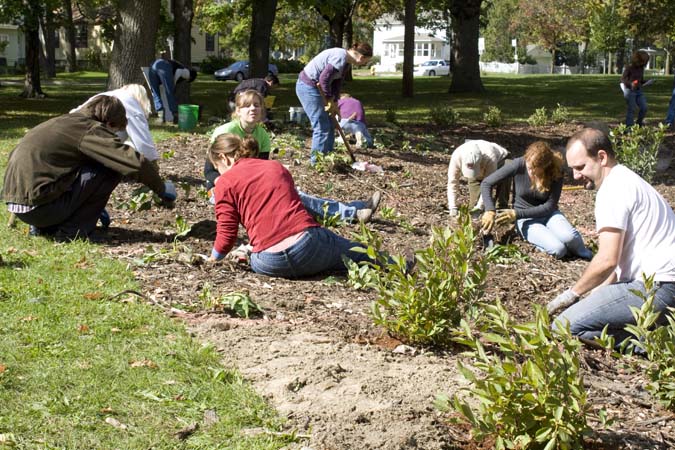 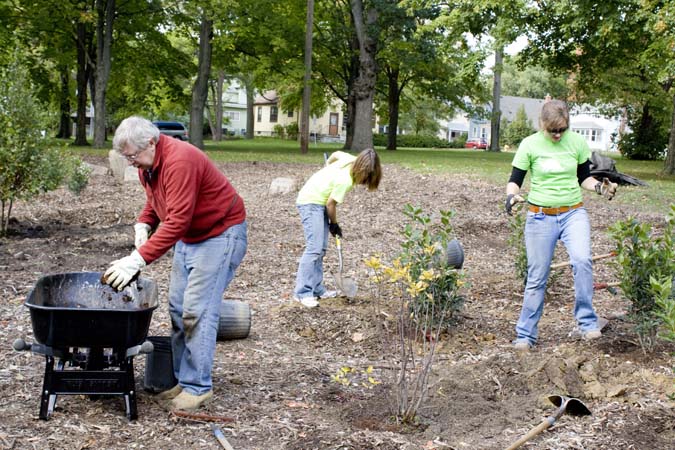 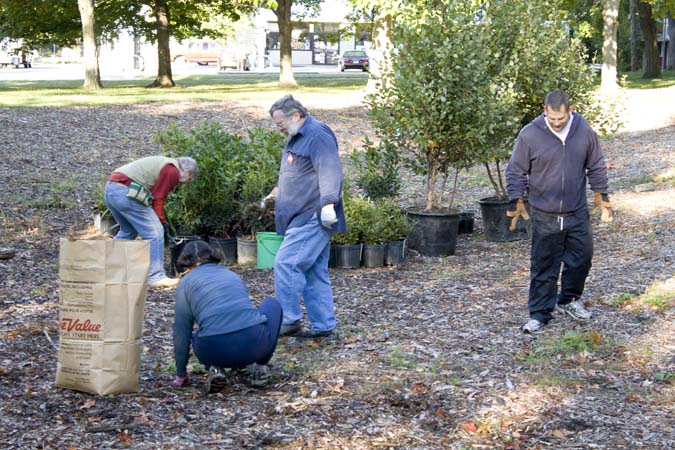 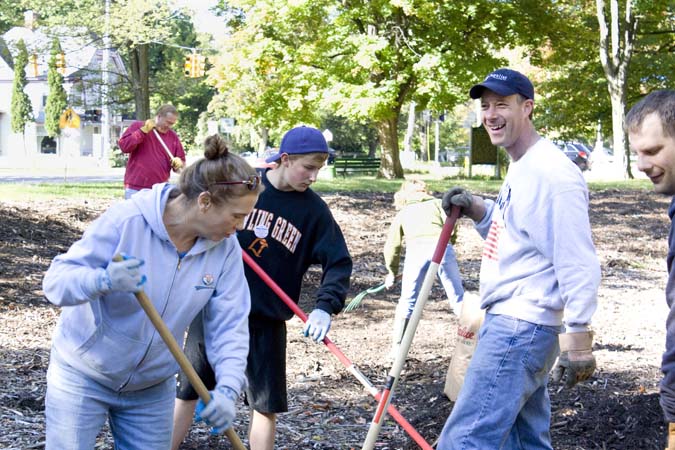 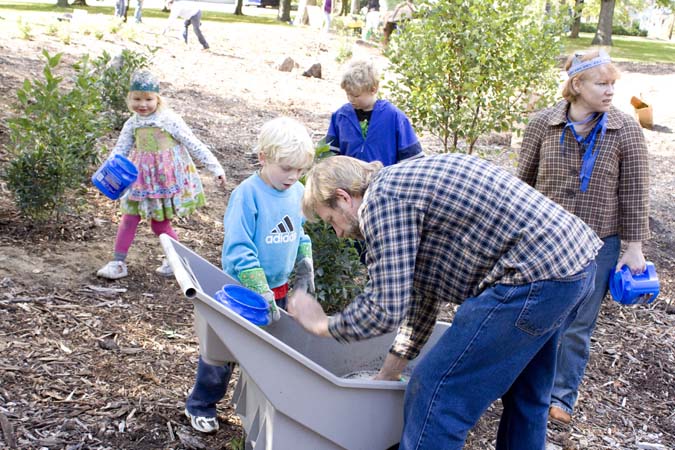 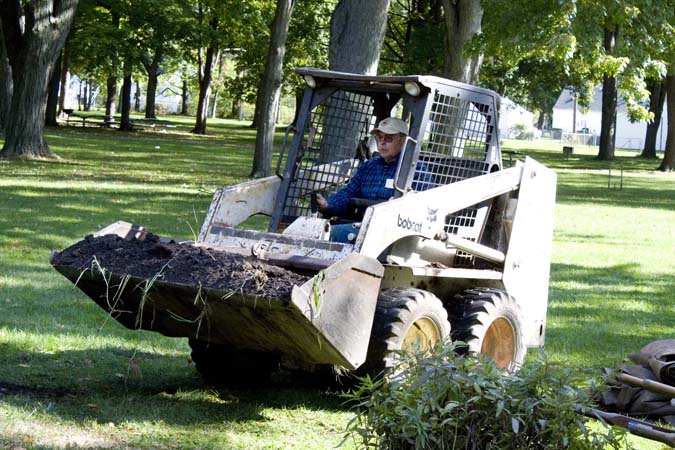 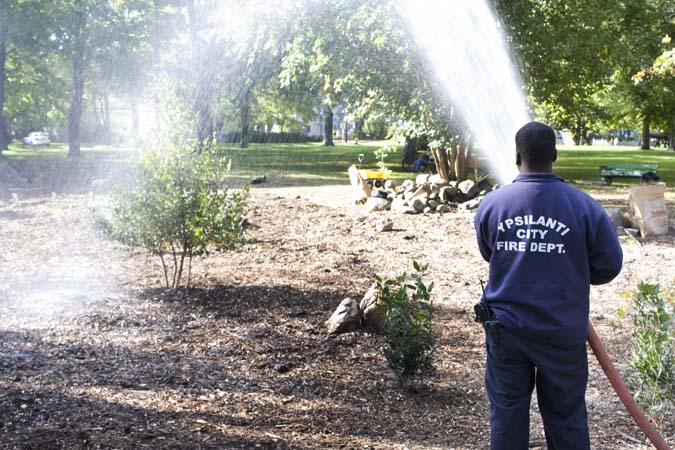 I normally don’t get all weepy-eyed over things like this, but if you didn’t show up to help this past Saturday in Prospect Park, then you really missed out on something special. There was such a tremendous sense of community — more community than a thousand Ypsi PRIDE days. All told, we put over 1,500 flowers, shrubs, and trees in the ground, and moved around 60 yards of mulch.

There were political candidates there to schmooze including Pete Murdock, the Ward 3 Democratic candidate for Ypsilanti City Council, as well as Mike Eller, an independent candidate for the same Ward 3 City Council spot.

The Ypsilanti Garden Club was out in force, and had members working side-by-side with other master gardeners from the surrounding area.

In an inspiring act of regionalization, students from the Eastern Michigan University club, GREEN, even spent the afternoon with us work alongside their girfriends helping to make the project a success.

The number of people to thank is lengthy, but the people who derserve the most thanks were Rachel Blistein, Ypsilanti resident and owner of Veris Landscape Design, for coordinating this project. She finalized the design, ordered the plants, oversaw the project, and made everything happen like clockwork. If you need landscape design help, I would highly recommend her. In addition to Rachel, I would like to thank the City of Ypsilanti for supplying the mulch and compost, as well as their willingness to have DPS workers available this past Friday to unload a flatbed truck filled with plants. Finally, the Ypsilanti Fire Department was gracious enough to come out and water the garden when we were finished.

I’d also like to thank the Ypsilanti Police Department for showing up when some unlicensed, uninsured driver t-boned my car and then tried to flee the scene. The responding officer was most helpful in sorting it all out. I kept demanding that he Taser her, but his better judgement prevailed. Kudos to him.

If you haven’t had the chance to see the completed project, I would encourage everyone to stop by and have a look. It’s really remarkable what a community can accomplish when they set their minds to it.