Ode To The Thompson Building

I’m sure there are a hundred cell phone pictures and the Facebook updates will eventually come, but when someone asks you the questions, “Where were you when the Thompson Building burned down?” you’ll probably tell them “asleep”. Both Linda French and Pete Murdock have better pictures than I do, but I can tell you the inside is gone. Some interior walls have collapsed. The back of the building is crumbling.

This is very sad with a lot of irony mixed in with it.

At tonight’s City Council meeting, the City Attorney updated us that Mr. Kircher petitioned the Michigan Supreme Court to hear hs case on the demolition of 107 East Cross Street (the white house directly behind the Thompson Building). Mr. Kircher has also filed an appeal with the Michigan State Historic Preservation Office. The City had been granted permission to demolish the building. The Circuit Court of Appeals upheld the lower court’s ruling. Now that these appeals have taken place, it’s safe to say that it will be years before that building comes down. The house at 107 East Cross will likely be standing long after the Thompson Building comes down.

This is very sad. My sincerest condolences go out to Mr. Beal.

A frustrating footnote to all of this is that all of the fire departments that showed up to this were awesome, but onlookers were overheard bitching about the lack of progress on the fire despite the efforts to keep the fire from spreading to neighboring buildings. Ypsi City, Ypsi Township, Ann Arbor City, Pittsfield Township, and Superior Township were all on the scene doing what appeared to be an incredible job. 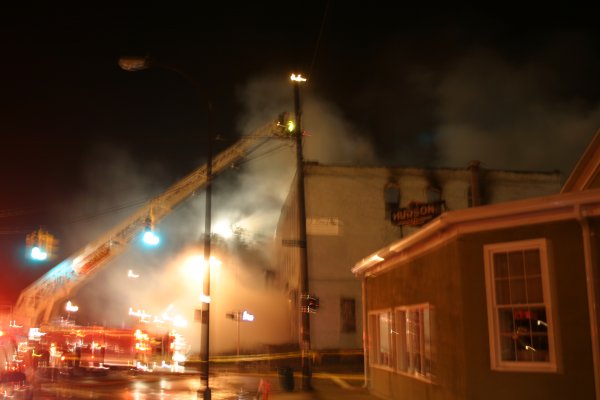 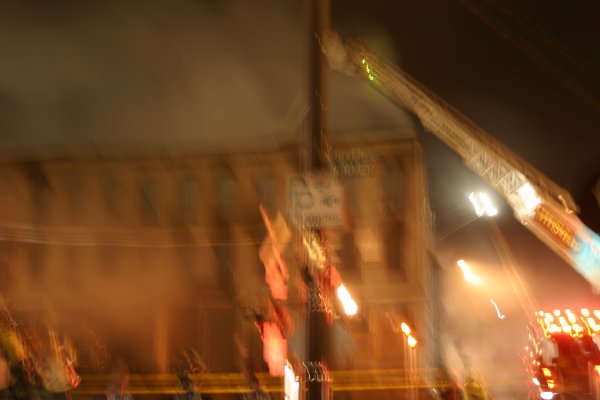 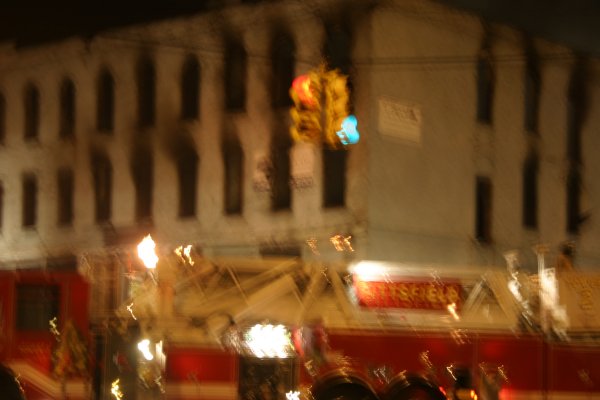 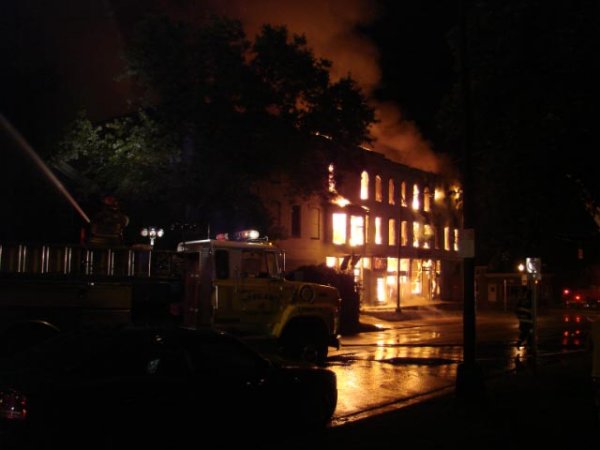 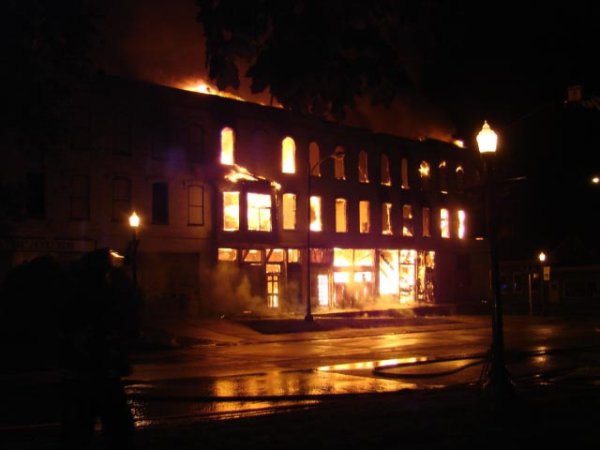